One of the projects I was involved in was the publication of the St Peter’s church, Barton-upon-Humber excavations, for which I provided the computer support and compiled the digital archive. Both volumes of the excavation report have now been published and can be bought from Amazon UK:

Here are some brief details about the project. 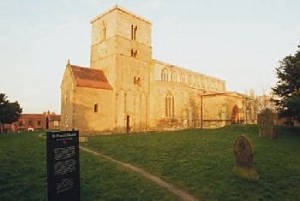 St Peter’s church, Barton-upon-Humber is one of the most architecturally important churches in the north of England. Now in the care of English Heritage, it was excavated and the standing structure recorded between 1978 and 1985. When the church was closed in 1970, it was taken into the care of the Department of the Environment. Extensive repairs were needed to protect the building and a programme of archaeological excavation was also carried out.
Between 1978 and 1984 seven seasons of excavation were conducted within and around St Peter’s church, accompanied by structural recording and investigation of the above ground fabric of all parts of the building. The restoration of the fabric has been completed, and the building has been opened to the public.

Barton-upon-Humber is a small market town situated in the northernmost point of Lincolnshire, on the south bank of the river Humber. Although Barton was a short distance to the east of a major Roman road (Ermine Street) which ran the 56 km (35 miles) north from Lincoln, to a ferry at Winteringham, and thence on to York, it was separated from that road by the marshy valley of the river Ancholme.
For the early pagan Anglo-Saxon period the major site in the Barton locality is the Anglian cemetery at Castledyke South, only 250 m south-west of St Peter’s church. Excavated sporadically between 1939 and 1990, several sample areas of this cemetery have together yielded in excess of 227 burials, but these represent an unknown fraction of the total number of inhumations. 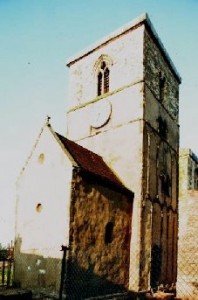 The church, dedicated to St Peter, was the sole parish church of Barton since the early medieval period until it was made redundant in 1970. For more than two centuries it has attracted antiquarian attention, and has acquired a distinguished role in the study of architectural history, largely on account of the survival of its remarkable western tower. Thomas Rickman first appreciated the importance of this structure in the early years of the nineteenth century during his quest for authentic examples of Anglo-Saxon architecture. Rickman deduced that the lower stages of the tower at Barton must be Anglo-Saxon because they are surmounted by a belfry of clearly different style and workmanship, which can be assigned with confidence to the Saxo-Norman period.

St Peter’s Church reconstructionIt was obvious that many graves would be discovered but the huge number (particularly outside the church to the west and south-west) was not anticipated. The density of burial occurring in a churchyard in a small market town was simply not known. The skeletal assemblage is the largest ever excavated from an English parish church and churchyard, and it dates from the late ninth to the mid-nineteenth century. By the end of the 1985 season of excavation, 2836 graves had been excavated and 2817 of these had produced articulated human remains.

Part of a mid-Saxon, pre-church enclosure was found, as was the ditch of a short-lived Norman fortification. These link the church into a wider topographical picture, and are relevant to understanding the origins and early development of settlement at Barton.